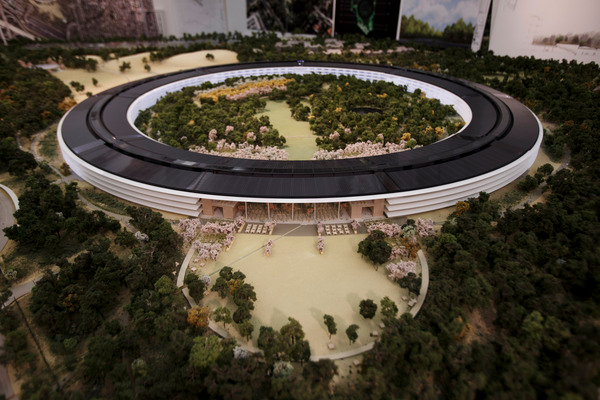 The proposed Apple Campus 2 is the talk of the town in Cupertino.  On October 15th, the Cupertino City Council officially approved the proposed Apple Campus 2 research and development facility– as was expected by everyone – by a unanimous vote.  The 2.8 million-square-foot “spaceship,” as many have deemed it, will bring worldwide attention to Cupertino and most certainly be a iconic landmark of Silicon Valley.

The new campus will house more than 14,000 employees – many of whom will be driving to work regardless of an extensive public transit and commuter plan.  This was a major point on contention with local residents and city officials, but ultimately proved negligible to the positive aspects of the project as a whole.  “Apple has already promised to underwrite a number of roadway improvements to alleviate the congestion throughout Cupertino, and vowed to raise the percentage of its employees who will be using public transit or Apple's shuttle buses to commute to work from under 30 to 34.”

The campus will provide office, research and development facilities, as well as a company fitness center, a cafe and a 1000-seat auditorium.  The site will be almost 80 percent open space and parkland, including over 7,000 trees and 102 acres of permeable landscape.  The building incorporates the following sustainable design techniques: natural ventilation; radiant cooling that avoids the need for air-conditioning for most of the year; LED lighting and smart-control systems that adapt to changing climates; on-site recycling of all excavated dirt into berms.  "A building like this will use 30 percent less energy than a typical corporate building in the Valley. And that's 100-percent renewable energy, which is unheard of on this scale, with most of it produced on-site,'' said Dan Whisenhunt, Apple's director of real estate and facilities.  Construction is expected to begin in 2014, with hopes of finishing in 2016.